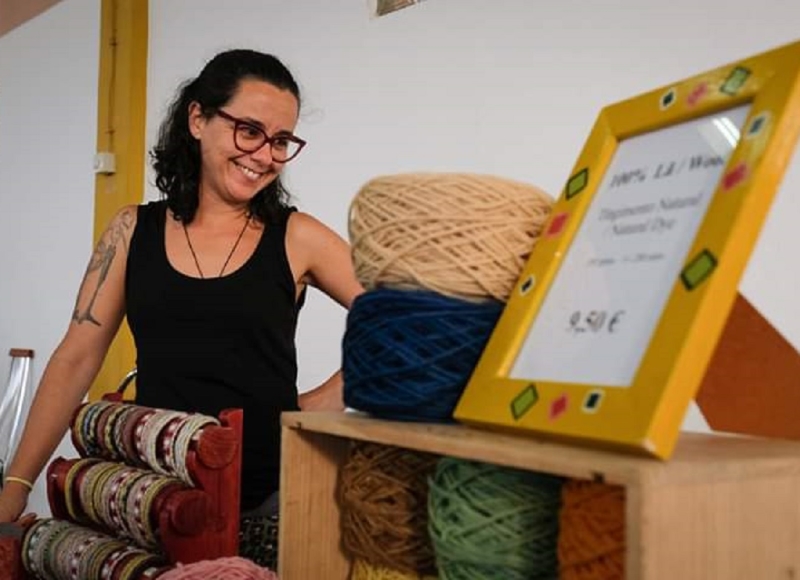 Being a native of Barão de S. João, in the municipality of Lagos, she grew up in an environment rich in natural and cultural heritage, which influenced her path in the arts and later in heritage conservation and restoration. Hence historical recreation was a leap, a leap that took place in 2007 and it was in this environment of recreating old techniques and knowledge that the passion for textiles was born.
Since then, after several training courses in the area, she has dedicated herself entirely to wool and techniques such as weaving, spinning, natural dyeing and felt, and it is common to find her works in markets and exhibitions in Terras do Infante.