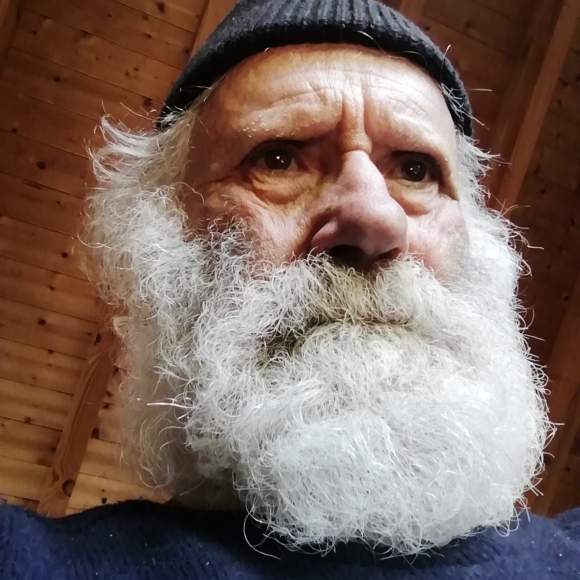 Editor at Editorial Enciclopédia in Chiado, Lisbon, opposite the political police headquarters.
It is included in the Anthology of Portuguese Post-War Poetry.
With Joaquim Benite, a theater man who created the Almada Theater, they created the Andaime poetry notebooks.
Weekly chronicler for the RDP's Southern Regional Emitter.
Editor-in-chief of the weekly Barlavento.
Detached from teaching, he creates the Cultural Services in the Municipality of Odemira.

First exhibition in Paris, at the Salon of Independent Artists.
Exhibition at the Jacques Miguet Douvaine Cultural Center - France, on the border with Geneva.
Portraits of the Infante Award from the Lagos City Council.
Creator of the Barão de São João Cultural Center, with the support of Luís Filipe Madeira, a member of the socialist party government.
With Xico Roxo he installs in Barão de São João, Passeio dos Poetas, A Ver-o-Mar and Passeio das Figuras.
Author of the unusual and disturbing work Christ Uncrucifixes Himself, which in the incalculable Christian iconography there seems to be no record of having been treated this way.